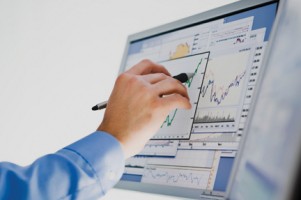 WRAP has outlined how the European economy could be transformed by 2020, through wide-scale adoption of a resource efficient circular economy.

Speaking to UK and European business leaders at WRAP’s Annual Conference in London, Dr Liz Goodwin outlined the considerable benefits to the economy, job creation and the environment, identified by WRAP’s EU 2020 Vision.

Dr Goodwin pinpointed food as one of the most wasted resources and called for “concerted action”to halve UK household food waste by 2025.


WRAP’s work on biomass and material flows shows that food is one of the heaviest uses of resources and the stream in which most is currently wasted. Efficient food production and consumption is therefore critical to a circular economy.

She said this could be achieved by wider adoption of initiatives already underway, for example the recent roll-out of a Love Food Hate Waste behaviour change campaign across West London Boroughs which saved councils £8 for each £1 invested.

Building on WRAP’s work, and in line with WRAP’s conference theme ‘Vision 2020: the path to a circular economy’, Dr Goodwin called on businesses to work together to achieve these benefits, She said: “Understanding the potential for the circular economy is one thing, achieving it is something far more complex and challenging. Our challenge and opportunity today is to go one step further, and understand how we can turn ideas behind the circular economy into positive action.

“At WRAP, we think that by 2025 it could be possible to prevent up to another 15 million tonnes of avoidable household food waste. This means that food worth a staggering £45 billion could be saved. If collectively, working together, we could do this, it would mean reducing avoidable UK food waste by half by 2025, compared to when we first started work in this area, in 2007.”