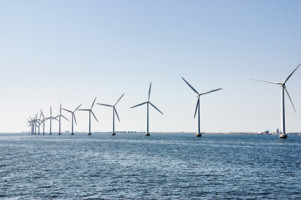 When complete, the windfarm will deliver up to 1,800 megawatts of low carbon electricity to around 1.8 million UK homes.

The windfarm would create up to 1,960 construction jobs and 580 operational and maintenance jobs. If built to the full capacity, the investment would total around £6bn providing a great opportunity for economic growth in the Humber region and beyond.

Located approximately 89km off the Yorkshire coast, the windfarm will comprise up to 300 wind turbines and will connect to the grid at North Killingholme in North Lincolnshire.

The Government is making £730m of financial support available for renewable electricity generation this Parliament, sending a clear signal that the UK is open for business. We expect 10GW of offshore wind installed by the end of this decade and could see up to 10GW of new offshore wind in the 2020s as costs come down.

The decision was made on the merits of the scheme based on a report and recommendation from the Planning Inspectorate which is being published on Tuesday August 16.

“The UK’s offshore wind industry has grown at an extraordinary rate over the last few years, and is a fundamental part of our plans to build a clean, affordable, secure energy system.


Britain is a global leader in offshore wind, and we’re determined to be one of the leading destinations for investment in renewable energy, which means jobs and economic growth right across the country.”