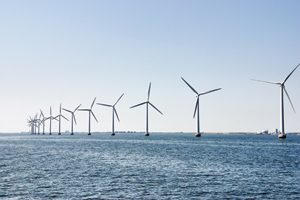 The world’s largest floating offshore wind development will be installed off the coast of Peterhead after the application has been granted a marine licence by the Scottish Government.

Statoil propose developing a pilot park of five floating 6 MW turbines which is to be located approximately 25km off the coast of Peterhead with a generating capacity of 135GWh of electricity each year. It is expected that the Hywind Scotland development could power up to 19,900 houses.

Unlike conventional turbines, Hywind turbines will be attached to the seabed by a three-point mooring spread and anchoring system.

The turbines will be connected by an inter-array of cables and an export cable will transport electricity from the pilot park to shore at Peterhead.

The Carbon Trust believe that floating wind concepts have the potential to reduce generating costs to below £100/MWh in commercial deployments, with the leading concepts such as Hywind, with even lower costs of £85-£95MWh.

“Hywind is a hugely exciting project – in terms of electricity generation and technology innovation – and it’s a real testament to our energy sector expertise and skilled workforce that Statoil chose Scotland for the world’s largest floating wind farm.

“The momentum is building around the potential for floating offshore wind technology to unlock deeper water sites. The ability to leverage existing infrastructure and supply chain capabilities from the offshore oil and gas industry create the ideal conditions to position Scotland as a world leader in floating wind technology.”