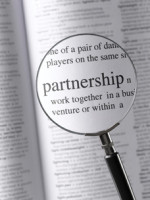 The Welsh Government has agreed in principle to form a joint venture partnership with Wesley Clover, the parent company of The Celtic Manor Resort, so proposals can move forward to construct a large International Convention Centre at Celtic Manor in Newport, Economy Minister Edwina Hart has announced.

The proposed £80m facility would be capable of accommodating up to 5,000 delegates with total floor space exceeding 20,000 square metres. It is expected that the new International Convention Centre could be completed and ready for use in 2019.

“The new Convention Centre would provide a considerable economic boost to Wales. The 2014 NATO Summit and the 2010 Ryder Cup demonstrated that Wales and the Celtic Manor have the ability to host events on a global scale. We need a world-class convention centre in order to capitalise on Wales’ growing reputation in this area, to host international events and conferences on a regular basis.”