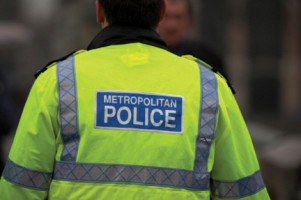 Updata Infrastructure, part of Capita IT Enterprise Services, has been awarded a five year contract for the provision of a managed wide area network (WAN) service by Northumbria Police. The contract – which will run until 2021 – will see Updata deliver improved network connectivity and faster access to key applications for police staff across Northumbria.

Northumbria Police is one of the largest forces in the country, serving a population of 1.5 million people and covering an area of more than 2,000 square miles in the North East of England, from the Scottish border down to County Durham and from the Pennines across to the North East coast.

The £2.1m contract with Updata will reduce the Force’s annual telecommunications bill and result in additional bandwidth and faster network speeds to Police buildings, improving internet access for more than 5,000 staff.

“This contract with Updata supports our commitment to reduce operational costs and provide better network services and ICT facilities across the Force. We look forward to working with Updata over the next five years to improve our network, better utilise our budget and continue to deliver a high standard of policing across Northumbria.”