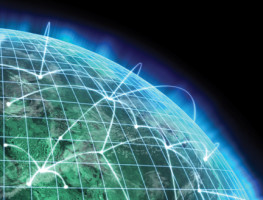 New FDI figures show the UK had a record number of inward investment projects and created second highest number of jobs ever in 2015 to 2016.

Across the country, 2,213 inward investment projects were secured in 2015 to 2016, an 11% increase on the previous year. This lead to around 116,000 jobs being created or safeguarded – the second highest number on record.

The department has recorded more foreign direct investment projects than ever before and, according to the EY UK Attractiveness Survey, the UK’s strong performance sees it retain its spot as the number one place in Europe for foreign investment.

Responsible for promoting British trade across the world, DIT helps secure investment from overseas companies for projects in the UK. The department’s annual FDI figures are based on UK job creation and number of projects secured.
The USA remained the UK’s largest source of inward investment providing 570 projects. This was followed by China (including Hong Kong) with 156 and India with 140.

Demonstrating the UK’s attractiveness to an ever-widening pool of global investors, investments originated from a record 79 countries and the UK became the top European destination for projects from emerging markets. Projects from Latin America rose by 240% and those from Central and Eastern Europe surged by 131%.

The regions and the devolved administrations also played an important role in the UK’s success:

The department records wider types of inward investment projects, including mergers and acquisitions and those that are not publicly announced by foreign investors. Therefore, the FDI project figures reported are different from those reported by external organisations, such as EY and FT, who track FDI project flows mostly based on investment announcements. These external organisations report on calendar year, while the department’s statistics are for financial year.

Drawing on information from EY’s UK Attractiveness Survey 2016, the Financial Times’ FDI Report 2016 and OECD’s FDI in Figures (2016), the UK ranks first in Europe for FDI projects in total and for FDI projects from high-growth markets.

“These impressive results show the UK continues to be the place to do business.


We’ve broadened our reach with emerging markets across the world to cement our position as the number one destination in Europe for investment. This continued vote of confidence in the UK will help attract foreign investment to create jobs, security and opportunities for people across the UK.”