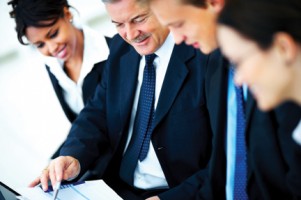 The Open Government Partnership (OGP) Summit 2013 will be held in London on 31 October and 1 November. Government Opportunities
More than 1,000 delegates from 73 countries including the 61 current OGP)partners will attend to share their experiences, discuss progress and show how openness and transparency are making a difference to their citizens.

Each government coming to London has been asked to announce an ambitious new open government commitment that will be included in their OGP action plan.

The UK, as OGP lead co-chair this year, has set five priorities for this year’s summit:
· open data: opening up government data to boost entrepreneurship, economic growth and accountability
· government integrity: fighting corruption and strengthening democracy through transparent government
· fiscal transparency: making sure that taxpayers can follow the money
· empowering citizens: transforming the relationship between citizens and governments
· natural resource transparency: making sure that natural resources are used for public benefit, not to line the pockets of corrupt elites


At the G8 earlier this year, the Prime Minister pledged that the UK’s leadership of the OGP would “drive a transparency revolution in every corner of the world”.
The UK will use the summit to help drive forward relevant elements of its G8 agenda, especially on extractives transparency and open data.