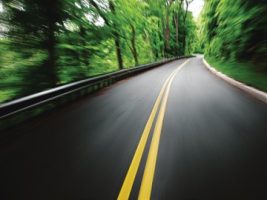 The government has committed to invest £28bn in roads in the six years from 2015/16, with crucial investment in maintenance to benefit from £10bn.

Chief Secretary to the Treasury Danny Alexander said there would be £10bn of investment in roads maintenance, with £4bn to be spent on national road maintenance, including resurfacing 21,000 miles of roads.

He said £6bn would be spent at a local level, allowing local authorities to fill the equivalent of 59 million potholes.

The government has committed to all major projects in the Highways Agency pipeline. These include a £1.5bn upgrade to the A14, for which construction will be brought forward to 2016.

He said: “This government will invest over £28bn over the six years from 2014 in enhancements and maintenance of national and local roads.”

“Firstly, we will take action to fix the backlog of maintenance, which has left road surfaces in communities up and down the country crumbling. We are committing £10bn of investment in road repairs between 2015/16 and 2020/21.”