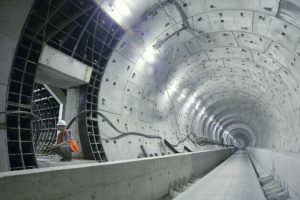 Transport for London (TfL) has awarded the contract to deliver the vital modernisation of the signalling and train control system on the next four London Underground (LU) lines to global transportation systems provider, Thales.

This next major phase of the Underground’s modernisation will bring faster, more frequent and more reliable journeys to millions of passengers who use the Circle, District, Metropolitan and Hammersmith & City lines. As a result, up to 1,100 jobs and 60 apprenticeships will be sustained or created, both in London and across the UK.

These improvements will boost capacity by an average of a third on the four lines and is vital in order to support London’s growing population, which is expected to increase from 8.6 million today to 10m by 2030. Work is expected to begin later this year and the main benefits will be delivered by 2022, when the frequency of trains running during peak periods will increase to 32 trains per hour in central London – a train every two minutes – with frequency increases at other times as well.

The overall budget for the four line modernisation programme has been confirmed as £5.41bn, which represents a reduction of £131m compared to an earlier estimate announced in March.

“Having successfully modernised three of the most heavily used lines on our network, we are ready to begin work to bring the next four lines into the modern era. This will transform the journeys of millions of our customers, significantly increasing service reliability and frequency.

“We have a very clear delivery plan and timetable for the work and, as we have done with the modernisation of the Northern line, we will keep London moving and growing as we do it. In parallel, we will continue to deliver a better, more reliable service every day which builds on the work over recent years to reduce delays to their lowest ever level.”