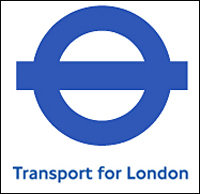 Transport for London (TfL) has confirmed that it has now signed a contract with Arriva Rail London Limited as the new London Overground operator. The £1.5 billion contract will cover seven and a half years with an option to extend for up to two additional years.

Arriva will take over from existing operator LOROL in November 2016, and will support TfL in delivering further improvements for customers on the already hugely popular network. These will include modernised stations and more frequent services, the first of which will be on the North London line. New trains will also be introduced in 2018, transforming journeys on London Overground routes out of Liverpool Street and on the Gospel Oak to Barking line.

Under the new concession, customers on some routes will benefit from extended operating hours, and new services will be introduced on some routes on Boxing Day. Arriva will also be expected to deliver sustained improvements in performance levels, which have improved hugely since TfL took responsibility for London Overground routes in 2007. To support this, new incentives have been incorporated into the new contract including financially penalising Arriva should incidents caused by Network Rail, train and freight operators impact on London Overground services. Along with the tightening of the rail industry standard measurement for punctuality for commuter services to three minutes within the scheduled arrival time. These measures are being implemented to encourage closer working with Network Rail and Bombardier, who build and maintain the London Overground trains, to continue to improve reliability and provide high quality services for customers.

“We look forward to working with Arriva to bring about further improvements to the London Overground network including extending operating hours, improving frequencies and introducing new trains. I would also like to take this opportunity to thank the existing operator LOROL for their work that has helped make London Overground the huge success story it is today.