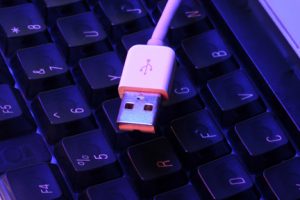 techUK has called for a national campaign to promote awareness and increase use of government’s key procurement tools.

A survey of 171 British based SMEs revealed a mixed picture for SMEs selling to the public sector. 90% of those surveyed support the Government’s new target to award 33% of procurement spend to SMEs. However, SMEs are calling for better understanding of the tools available and 96% of those surveyed thought that Government should be doing more to improve their supply chain experience.

G-Cloud has been particularly well received by smaller suppliers. 80% said it had helped them access the market. However, the survey highlights there is more to do if Government is to meet its target of 33% of procurement spend going to SMEs.

There is widespread concern that public sector commissioners are not making sufficient use of all the tools at their disposal. 86% of SMEs said that civil servants need to make more of the Digital Marketplace, and there was a lack of awareness of the initiatives such as Mystery Shopper and Contracts Finder, that are directly aimed at the SME market.

Skills and culture remain a barrier to adoption. 96% of respondents did not think that civil servant buyers have a good understanding of how SMEs can meet their needs. This echoes techUK’s own civil servants survey, commissioned earlier this year, which showed 33% civil servants were uncertain about working with SMEs.

Surprisingly, late payments was ranked of least concern as a barrier to entry, despite government focus in this area. Instead, SMEs clearly called for initiatives to target the onerous procurement process (67%), risk averse culture (59%) and onerous terms and conditions (33%).

Naureen Khan, Associate Director – Public Sector at techUK said: “The UK is benefiting from a new wave of tech entrepreneurship and there are now more opportunities than ever before for small and growing firms to access the Government’s billion pound public sector procurement market. Our survey confirms Government is on the right track. SME’s are overwhelmingly positive about the Government’s new target and G-Cloud is the clear ‘star of the show. However, there is more work to be done. The next phase needs to focus on raising awareness and use of important tools such as G-Cloud, Contracts Finder and Mystery Shopper. Government and industry need to work together to enable and support better collaboration through the supply chain.”