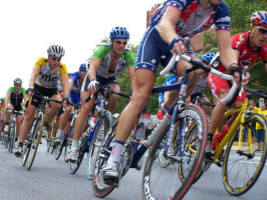 An array of sporting stars are backing Liverpool’s proposed bid to stage the 2026 Commonwealth Games.

Hotly tipped Rio heptathlon hopeful Katarina Johnson-Thompson, three times ABA Heavyweight Champion Tony Bellew, Olympian Beth Tweddle along with football legends Jamie Carragher and Graeme Sharp have all agreed to act as Ambassadors for the bid which could be submitted in around 13 months.

The first steps of the potential bidding process will see a Project Director appointed to oversee the entire bid and an independent consultancy firm recruited to carry out a full feasibility study. This will include an assessment of the city’s infrastructure against the technical requirements set out by the Commonwealth Games Federation, as well as a financial appraisal looking at all the key factors required to deliver the high-profile event.

The Project Director will also bring together a dedicated key stakeholder group which will consist of industry experts who will support and guide the consultants over the next six months.

“Liverpool is an ambitious city and I believe we have an enormous amount to offer when it comes to hosting an event of this scale which would be an incredibly important catalyst for regeneration, investment and raising the profile of sport.

The Games will reflect our growing confidence and expertise in organising large events which create memories for a lifetime and bring the world together, with opportunities for people and places across the city region.

I’m delighted that we already have a raft of local sporting heroes backing our plans and our aim to host the most inclusive Commonwealth Games ever in 2026.”