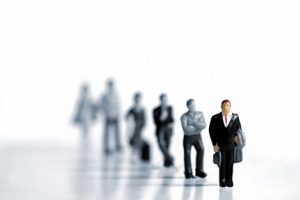 Sajid Javid has been appointed as new Business Secretary following the victory by the Conservatives at the 2015 General Election.

Responding to the announcement EEF, the manufacturers’ organisation, said Mr Javid should focus on industrial strategy and infrastructure projects.

“Sajid Javid takes on this critical brief at a pivotal time for the economy and industry. Business needs stability and continuity in policy and the Government’s commitment to a long-term economic plan and business strategy remains key.

“Mr Javid will need to focus on three things in particular: building on the success of the previous administration’s work on industrial strategy and ensuring this is applied across Government; maintaining funding for important levers of growth, including research and innovation and support for exporters, through UKTI; and helping ensure Government delivers the big ticket infrastructure projects, from the new airport hub, to rail and road improvements.

“The new Secretary of State will also play an important role in any EU negotiations and in the forthcoming referendum and I am sure he understands that the vast majority of businesses he will now be representing in Government want Britain to remain at the heart of a reformed Europe.”