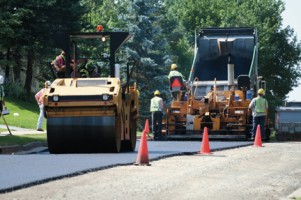 Transport Minister Danny Kennedy has announced the start of a £250,000 resurfacing scheme on the B8 Hilltown Road, Mayobridge at the area known locally as the Seven Sisters in the Newry and Mourne area. The work will start on Monday 13 January 2013 for around six weeks. The scheme is expected to be substantially completed on Friday 21 February 2014. A road closure for the works will be effective on a daily basis between 09.30 and 16.30 Monday to Friday throughout the period. A diversion will be operational via Hilltown, Rathfriland and Newry. During the works local access will be available to local residents and businesses. The above planned dates are subject to favourable weather conditions and Roads Service will keep the public informed of any change. Roads Service has carefully programmed the works operations and traffic management arrangements in order to minimise any inconvenience to the public, however motorists should be aware that some delays may be expected and that additional time should be allowed when planning any journeys. Road users are also advised to obey the speed restrictions, the road closure and the direction signs at all times and to cooperate with site personnel in the interests of safety whilst these improvement works are being carried out. The Minister said: “The works will comprise of approximately 1.1 kilometres of carriageway resurfacing of the B8 Hilltown Road, Mayobridge from just below the Edentrumley Road junction to just beyond the Leode Road junction. “The improvements will provide new surfacing to the carriageways and where necessary the verges, drainage and associated works will also be improved.”