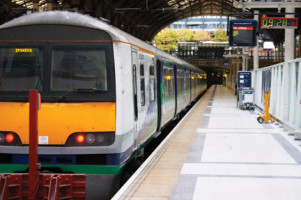 A massive programme of development of railway stations and surrounding land will deliver thousands of new homes and jobs and significantly boost local growth, the Communities Secretary announced on 10 April 2016.

A new agreement between Network Rail and the Homes and Communities Agency will see them working with local councils to trailblaze development opportunities across England’s railway stations for housing and businesses.

The ambitious initiative could deliver up to 10,000 new properties on sites around stations in the coming years. Government wants to hear from at least 20 local authorities to take the scheme forward.

York, Taunton and Swindon councils have come forward with proposals to spearhead the new initiative and have identified railway sites that could be pooled to deliver housing and other locally-led regeneration.

Drawing on the example set by the transformation of Birmingham New Street, Manchester Victoria and London Kings Cross, government will bring together high-calibre technical expertise and local knowledge to increase development opportunities that exist throughout the entire rail estate.

Local areas are best placed to understand and identify the opportunities that exist within their communities. The Homes and Communities Agency and Network Rail will now work with councils on the opportunities they see and any plans already in place to explore how government can support them to deliver locally-led regeneration and development schemes quickly.

The government has ensured housing and home ownership is a key part of its long-term economic plan and is making available significant investment for new housing including £3bn for developers to bring forward schemes and £1.2bn Starter Homes Fund.

“We’re determined to fire up communities and back local business so they build much needed housing and create thousands of jobs. Rail stations are a hub of communities, connectivity and commerce and should be making the most of their unique potential to attract investment and opportunities.

“With record numbers of people travelling by train, it makes sense to bring people closer to stations and develop sites that have space for thousands of new homes and offices.

“This new initiative will bring about a step change in development and ensure we go further and faster in putting these rail sites to good use.”