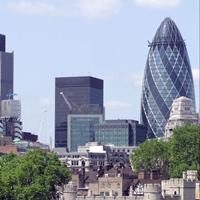 Developers are facing a fight to secure their preferred contractors for new London commercial projects as work booked by firms has almost doubled in two years.

Most contractors are now submitting three to five tenders per month for London commercial deals primarily worth less than £50m.

Secured turnover as a percentage of revenue has doubled since Aecom’s 2011 to 70 per cent for the year ahead, compared with 38 per cent this time two years ago.
Three-quarters of contractors reported increased tendering activity. Aecom said there was evidence of more prelims in the sector, with the expectation that input costs will continue to rise.

Aecom director Nick Clare said there had been “a remarkable turnaround” from a situation six months ago where contractors had a hunger for new work, to developers now needing to “set up projects attractively to appeal to the best contractors”.

He said that contractors needed to see better-quality information on tenders and clients needed to avoid a tendency to “insist they get tenders back within a silly number of weeks; if there is certainty in schemes it gives them confidence to go for that tender”.

Aecom said contractors were now going to be more selective on the projects they tender for.

Construction News revealed that Skanska had won the Scalpel earlier this year, beating Mace to the iconic new building.

Argent executive director Tony Giddings admitted he was surprised more clients didn’t follow his company’s lead in “moving with the same teams from one project to another”.

Contractors reported increased levels of staff turnover to Aecom, which it said would lead to increased management costs that were “certain to be included in future tender prices”.

The firms told Aecom they were increasingly only looking to tender against similarly sized firms, particularly on single-stage, lump-sum contracts, which they would consider turning down in future due to the perceived expense.

Firms want to see different means of procurement – Aecom’s 2011 survey found contractors overwhelmingly favoured two-stage design-and-build – and are increasingly looking to be evaluated on value as well as cost.

Mr Giddings described first-stage tendering on design-and-build as “absolutely ludicrous” and said clients should choose who to work with from the outset.

“Choice is back in the market and companies can be selective about the projects they bid for”, says Director of Aecom, Brian Smith

On cost planning, Aecom said contractors were becoming “more realistic” about the amounts they need to include to more accurately reflect their exposure to risk.

This has the potential to increase a project’s cost above inflation on jobs where risk is greater, such as refurbishments.

There was evidence of labour costs being influenced by buoyant markets such as the private residential sector.

Contractors forecast 3 to 4 per cent central London tender price inflation – broadly in line with Aecom’s forecasts of 3 to 6 per cent inflation over the next two years.

Contractors warned that MEP trades were likely to be affected by Crossrail and large developments such as Nine Elms and that there were signs emerging of longer lead times for certain early works trades, such as piling.

Contractors highlighted upfront payment and no retentions as conditions that could have a positive impact on tender prices.