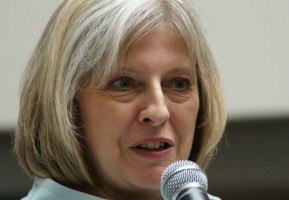 Prime Minister Theresa May has changed Shale Wealth Fund proposals to include the option to give more of the proceeds to local residents.

A scheme to spread the benefits of shale gas will include options to give more of the proceeds to local residents than previously planned, after the new Prime Minister changed the plans as part her drive to deliver an economy that works for all.

The Shale Wealth Fund, due to be formally consulted upon this week, was previously expected to share proceeds from shale revenues only with community trusts and local authorities.

The consultation has been changed by the new Prime Minister to include the option of money being paid directly to local residents in host areas.

Plans for the fund were first announced at last year’s autumn statement, but the new government has changed the consultation to ensure a greater focus on control for local communities – including insisting on proposals to transfer funds directly to households rather than local authorities.

Communities could receive up to 10% of tax revenues derived from shale exploration in their area to spend on priorities such as local infrastructure and skills training. The new fund could deliver up to £10 million per eligible community.

The government will also be looking at whether this approach to the Shale Wealth Fund can be a model for other community benefit schemes with the aim of putting more control and more resource in the hands of local households. Examples of where the principle could be extended include the Community Infrastructure Levy, which is currently being reviewed.

Speaking ahead of the consultation launch, the Prime Minister said:

“The government I lead will be always be driven by the interests of the many – ordinary families for whom life is harder than many people in politics realise. As I said on my first night as Prime Minister: when we take the big calls, we’ll think not of the powerful but of you.

This announcement is an example of putting those principles into action. It’s about making sure people personally benefit from economic decisions that are taken – not just councils – and putting them back in control over their lives.

We’ll be looking at applying this approach to other government programmes in the future too, as we press on with the work of building a country that works for everyone.”