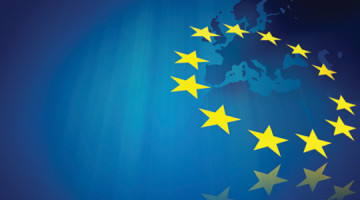 According to Prime Minister David Cameron, almost 600,000 jobs in the UK alcohol industry will be safer in a reformed European Union.
Britain’s wine and spirits industry made £1.8 billion in EU exports for the UK economy last year.

The country’s booming alcohol industry also makes hundreds of millions a year from 35 free trade deals struck by the EU with over 50 countries. For example, trade deals the EU has with South Africa and South Korea are worth £250 million to the UK.

Since the EU signed a deal with South Africa, UK gin exports have increased from virtually nothing to over £2 million. And gin exports to South Korea have trebled in the 4 years since a 2011 free trade agreement.

David Cameron warns that jobs and investment could be put at risk if the UK leaves the EU and has to renegotiate bilateral deals for alcohol sales with these countries and the EU.

EU free trade talks are already under way with the US, India and China, which could open up huge new growth opportunities for the British alcohol industry through world-leading products such as Scotch whisky and English gin.

A third of UK wine and spirit exports, worth £1.8 billion a year, currently go to the EU, meaning a vote to remain in a reformed union would protect the huge industry from potential future trade barriers, rules and regulations which could keep British products out.

A substantial chunk of the UK’s export business comes from importing international wine from countries around the world and repackaging it for sale in the EU. This trade relies on 24 separate deals that the EU has with countries including Australia, South Africa and the US. All of these would have to be renegotiated if Britain left the EU, putting this business at risk.

And Britain’s seat at the table allows us to shape EU rules that govern international output – in 2008 we were able to ensure new regulations for gin reflected standards already met by our industry, meaning our products were protected. If we vacated that seat, we would lose that influence and ability to protect our industries, and could put our position in the marketplace at risk.

“Britain will be stronger, safer and better off in a reformed Europe than out on our own, because we will have full participation in the free trade area, bringing jobs, investment, lower prices and financial security. That means real certainty so you can plan for the future.

On the other hand, those who want to leave Europe can’t tell you if British businesses would be able to access Europe’s free trade area; or if your job is safe, how much your prices would rise, how much your mortgage would be at risk, or if the funding for your local school or hospital is secure. They are offering you risk at a time of uncertainty. It is a leap in the dark.