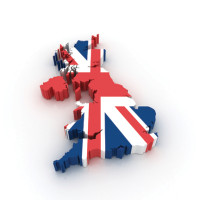 International law firm Pinsent Masons is launching a UK-wide Public Policy Unit in the wake of Britain’s decision to exit the European Union.

The firm has appointed Andrew Henderson, currently Head of Public Affairs and External Relations at RBS’ Williams & Glyn brand, to lead the initiative. He will join the firm as Director of Public Policy in September.

With over 16 years’ experience in the public policy and strategic communications industry, Henderson previously worked as a Director in the Public Affairs unit at DLA Piper.

Henderson will be tasked with transforming and expanding the firm’s existing public policy practice, which was established in Edinburgh in the wake of Scottish devolution in order to help clients engage with the parliamentary process at Holyrood. In addition to continuing to support clients in Scotland, the firm will now offer public policy services across the UK.

The appointment comes at a crucial time for businesses as they seek to keep abreast of the UK’s impending negotiations with Europe over Brexit, and engage with government to ensure the needs of businesses are both represented and well-understood.

Henderson will work closely with the firm’s Government Affairs legal team led by Robbie Owen. Owen, partner Francis Tyrrell and Legal Director Richard Bull are three of a small number of practising lawyers authorised by the Westminster parliament to act as parliamentary agents for those promoting and opposing Private and Hybrid Bills in the UK Parliament.

Pinsent Masons has already been invited by a number of government departments to discuss the impact of Brexit upon the City and the wider commercial landscape. Earlier this year the firm appointed former Secretary of State for Transport and former International Development Minister Douglas Alexander as a Strategic Adviser.

“Our intention for some time had been to develop a more comprehensive Public Policy service in the UK, given the increasing centrality of regulation and hence government and parliamentary affairs relevant to our clients. That sense has only been heightened by developments in respect of Brexit.


One of the clearest messages we have had from clients is that understanding and engaging with the process around Brexit will be one of their number one priorities in the months and years ahead. Andrew is highly respected in his field and his unique skillset and experience will be invaluable to Pinsent Masons clients.”