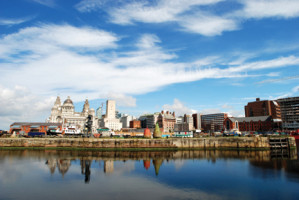 Professor Phil Redmond CBE has been appointed to drive forward a new partnership aimed at making Liverpool City Region the cultural and creative powerhouse of the north.

The Cultural Partnership, which the UK City of Culture head and Mersey TV founder will Chair, will bring together different organisations and their resources to support a common cultural strategy to stimulate creativity in all of its forms.

The aim is to maximise the promotion of existing activity, events and initiatives so they reach as wide an audience as possible and, for example, encourage exhibitions to tour the city region rather than being based in one location.

The Cultural Partnership will:

• Enable everyone to engage with and prosper from culture in its widest form, focusing on the need to stimulate creativity whether it is in science, the arts, the stage or entrepreneurialism

• Link learning, skills development and knowledge retention to make sure young people and the future workforce are prepared for future changes in technology

Its work over the next two years will be focused around:

• Creating a vision of a sustainable and vibrant cultural economy, and connecting partners to make it happen

• Working with partners on initiatives in health, education, policing, regeneration and business to maximise positive outcomes for residents

• Creating a world-class calendar of cultural events and activities

Its membership will be determined through discussions across both the city and region to discover who best can represent various cultural sectors and/or partners.

More information can be found here.

“I am delighted that Phil Redmond has accepted my invitation to Chair the Cultural Partnership.

“This body is absolutely fundamental to building on the success we have seen over the last decade and is also integral to the success of the city region’s devolution deal with the Government.

“Culture is a way of life around here embedded in so many things in everyday life. And it is critical to our future development, which is why I have already announced an ambitious programme of events – Eighteen for 18 – to mark 10 years since we were European of Capital of Culture.

“I am clear that the whole region needs to work better and smarter together to make the most of cultural and creative funding, and use it to make the biggest impact it possibly can.

“We were the only city region in the UK to negotiate culture as part of our devolution agreement and the Cultural Partnership will be vital in delivering that element of the deal.”