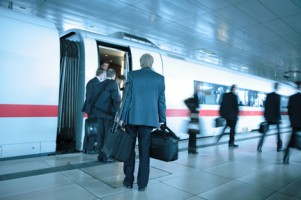 A £210m deal for a fleet of new trains to increase capacity on some of the UK’s busiest commuter routes has been announced by the government and South West Trains.

The order for 150 new train carriages will provide capacity for more than 24,000 additional peak-time passengers every day travelling into London Waterloo, the country’s busiest station. South West Trains intends to award the contract to manufacture the trains to Siemens, in a deal that will create around 140 new jobs, as well as further opportunities for engineers, drivers, guards and maintenance staff. The first trains are due to arrive on the network from 2017.

The added capacity is part of a five year plan developed by the South West Trains-Network Rail Alliance and the Department for Transport to transform services for passengers, which includes longer platforms, full re-opening of platforms at the former Waterloo International Terminal, and track and signalling improvements.

There will now be a standstill period of ten days before South West Trains can formally award the contract.

“More passengers are travelling on our railways than ever before, and to meet the demand for extra seats and services over £38bn will be spent on the railways during the next five years. This latest train deal is proof not only of our determination to transform Britain’s railways but also the industry’s commitment to deliver better journeys for Britain’s passengers.

“These new trains will not only deliver significant benefits to passengers by boosting capacity, but also stimulate economic growth through better connections along some of Britain’s busiest routes and create 140 new jobs in the rail industry. This is good news for rail passengers and for the UK economy.”