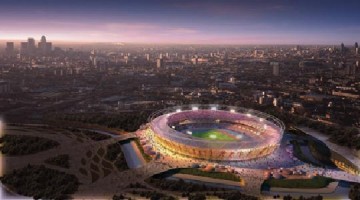 CompeteFor was originally created to open up the supply chain of the London 2012 Olympic and Paralympic Games related contracts. As a result of this, many CompeteFor users have been involved in supplying to the Games and can now champion their involvement in the sporting spectacular through the Supplier Recognition Scheme (SRS).

Eligible suppliers are given specific designation relating to their supply to the London 2012 Games. For example “Supplier of architectural design services (Velodrome) to the London 2012 Games.” Businesses can use the designation as well as a case study of their involvement in business to business communications including on their website, in pitches and tender documents and at trade shows both in the UK and internationally.

The SRS has been developed in partnership with the Government, British Olympic Association and International Olympic Committee.

British businesses that have successfully delivered goods or services to the London 2012 Games can apply for a FREE suppliers recognition scheme licence online at www.srs2012.com.

“It was a relatively easy process to apply for the Supplier Recognition Scheme licence and BiP was delighted to achieve this formal recognition for our Buyer and Supplier Engagement service. This allows us to further develop and demonstrate our innovation and expertise in support of local and SME participation and to continue to deliver innovative supply chain development services as a living legacy of the London 2012 Games.”
Scott Smith, CEO Global Service, BiP Solutions Ltd

“Here at Ulster Weavers we are extremely proud of our achievement in being selected as a licensee for the London 2012 Olympic and Paralympic Games. Being able to openly acknowledge this fact is fantastic for us. As well as reassuring our present and future customers on our ability to deliver on the largest of scales, we feel that the BOA licence will greatly enable the company to endorse our role in such a triumphant Olympic Games.”
Sheryl Gray, Ulster Weavers