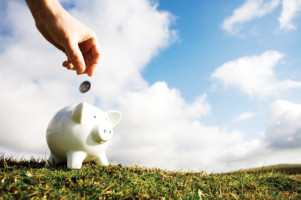 Plans to save £32m and put up council tax have been approved by Newcastle City Council.

It followed a debate at full council at Newcastle Civic Centre.

The cash-strapped authority put forward a series of measures to save the money including cutting its adult social care budget by £15m as a result of Government cuts and rising cost pressures.

The council, which has shed one in three jobs since 2010, also expects to lose another 250 posts next year.

Despite the cuts, the council pledged to continue investing about £140m in the city’s infrastructure; such as roads, housing and development sites to create the right conditions for jobs.

The council agreed to raise council tax rise by 1.9 per cent and implement the Government’s proposal for a 2 per cent precept to help fund social care. Taken together this means householders in a band A property will pay an extra 78p a week.

Due to sound financial management the council managed to change some its original proposals which most concerned the public during a consultation period.

“Local government has borne the heaviest cuts to the public sector, and our council in particular has suffered some of the biggest reductions in Government grant. Over the last five years our city has lost £268 per head of population – more than double the English average.

Despite this terrible injustice we have done our best with our budget proposals to continue protecting the most vulnerable and investing in our city to create the conditions for jobs which is the best route to social justice.

We will fight on for a better settlement for our residents from Government and pledge to spend every penny raised through our council tax rise on keeping frontline services going in the face of Whitehall cuts.

I would like to thank everyone who took part in our budget consultation – we listened and acted on their comments. I remain confident that despite the challenges, with our communities, we will make the best of a difficult situation to ensure that Newcastle remains a safe, welcoming and successful city, at ease with itself, empowering its businesses and residents to achieve great things.”