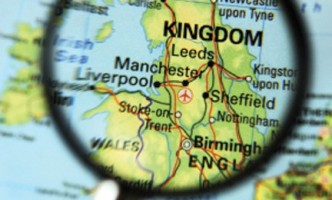 The latest batch of 38 devolution proposals have been put forward from cities, towns and counties across the UK.

The most radical shake up of local governance in a generation has taken a giant step forward this week with 38 landmark devolution proposals from cities, towns and counties across the United Kingdom being made to government.

Each area has submitted ambitious proposals to take control of how public money is spent in their local area, the Prime Minister announced.

Earlier this summer the Chancellor asked areas to put forward proposals to follow in the footsteps of Greater Manchester’s ground-breaking devolution deal with government last year.

The volume of bids clearly demonstrates the significant appetite to be part of a devolution revolution across the country, with local leaders signing up in droves to the Chancellor’s vision of an accountable elected mayor leading strong regional areas who look after their own affairs.

Bids have come in from the length and breadth of the country including Liverpool City Region, the North East, Gloucestershire and the West Midlands.

The 38 bids received ahead of the deadline last Friday include the application for powers in a wide range of spending areas including education, transport, healthcare, housing and business support.

Prime Minister David Cameron said:”Spreading opportunity, increasing social mobility, helping people get on – these aims run through this government like letters through a stick of rock.

The best businesses would never shy away from allowing their customers to shape the way they improve their services. If we are bold enough, government can go one better by actually putting many of those services in the hands of local people. It is also a proven reality that money spent closer to people is often money spent wiser – so we can really deliver more for less.”