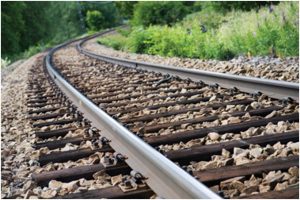 Plans for hundreds of new carriages on Gatwick Express and Thameslink routes have been welcomed by Rail Minister Claire Perry, following more than £300 million of investment by the rail industry.

Govia Thameslink Railway (GTR) has agreed a £145 million order for 108 new carriages to replace the existing Gatwick Express fleet. The new carriages will be built in the UK by Derby-based Bombardier and are due to enter service in 2016.

In a further boost for passengers, GTR and Southern Railways has also confirmed that 116 new carriages will start to roll out on the Thameslink route between Bedford and Brighton from December. The carriages were ordered from manufacturer Bombardier last year and are due to replace the existing stock from May 2015 until the Siemens-built Thameslink trains enter service.

Once this fleet is operational, it will free up existing electric carriages to be released onto newly-electrified routes, creating additional capacity for passengers.

“These new British built trains are great news for passengers and a boost for the economy. They will transform journeys on the Gatwick Express and Thameslink routes and safeguard jobs at Bombardier’s Derby factory.

As part of our long term economic plan over £38 billion is being invested in improving our railways over the next 5 years and it’s great to see companies like GTR investing in the service it provides for its customers.”

“This is great news for our Gatwick passengers, but also for those travelling from Brighton, as in the off-peak some of these trains will be extended to there, while still maintaining the fast connection between Victoria and Gatwick.

We took over the operation of the Thameslink route in September and already we are introducing new trains which will transform our passengers’ journeys on services between Bedford and Brighton.”