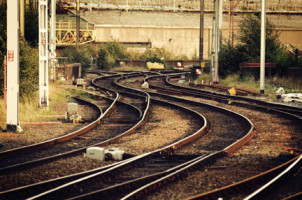 The deals provide an unprecedented package of improvements, bringing about the biggest transformation to rail journeys in the north of England and Scotland in decades.

The formal confirmation follows the government’s announcement of the awards and a routine standstill period of at least ten days.

Together, the operators will oversee a massive £1.2bn boost to rail services with 500 brand-new modern carriages, room for 40,000 more passengers, 2,000 extra services a week and a host of improvements to deliver a modern, 21st century passenger experience.

The improvements will play a vital role in bringing the Northern Powerhouse to life, rebalancing the economy, creating jobs, opportunity and growth, and providing significantly better journeys across the region.

The franchises will be jointly managed from Leeds by the Department for Transport and Rail North Limited – which represents 29 local authorities across the north.

“We promised passengers a world class rail service that would make the Northern Powerhouse a reality — and I’m delighted that we have found 2 operators that will deliver exactly that. As a one nation government we are committed to closing the economic gap between north and south. These deals, which have been confirmed today, and the joint management of the franchises, will bring the Northern Powerhouse to life.

“In 2004, the last time these contracts were awarded, the government did not plan for growth. With the signing of these contracts, Arriva Rail North Limited and First Trans Pennine Express Limited are on track to deliver their exciting, ambitious plans that will make a real difference to customers, and — coupled with our commitment to push ahead with electrifying the vital TransPennine route — will help the region realise its full economic potential, ensuring it has a modern 21st century transport system. This is fantastic news for the north.”