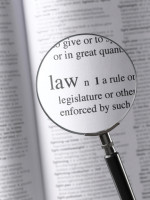 A new law reforming the way Wales’ social care and support services are regulated and inspected will be implemented by April 2019, the Welsh Government has announced.

The Regulation and Inspection of Social Care (Wales) Act 2016, which has today been granted Royal Assent by Her Majesty the Queen, reframes accountability so owners of services can be held to account for failings in care.

It also gives Welsh Ministers the power to remove not just bad services but also bad providers, so where services don’t come up to scratch, people will be able to see action being taken by regulators.

The new Act reflects recommendations arising from the Flynn Review, including the introduction of a fit and proper person test for both service providers and responsible individuals.

The social care system in Wales will now be judged by what is does for people and the new Act will ensure that everyone will know how good services are and where improvements are needed.

“The Regulation and Inspection of Social Care (Wales) Act 2016 is the second substantial piece of social care legislation this government has introduced since the National Assembly gained new law-making powers in 2011.

Through our legislative programme, we are using our powers for a purpose – to deliver better social care for the people of Wales.”