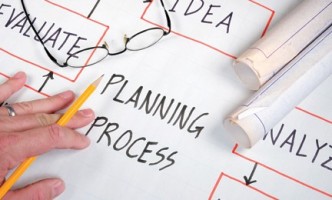 The city council’s Cabinet will consider a report recommending public consultation on proposals to build a new secondary school in the west of Cardiff.

The report being presented to Cabinet when it meets on 17th September proposes that the new school would be built on the current Glyn Derw High School Site in Caerau. The newly built school for pupils and students aged 11 to 18 would open in September 2018, replacing both Glyn Derw and Michaelston Community College in Ely.

An exciting part of the project would see the school facilities being opened up for community use, making sure the investment benefits not only the pupils and students but also the local area. Sports pitches and indoor facilities would be offered for hire during evenings, weekends and holidays when the school is closed.

In a separate report going to Cabinet, proposals to relocate Glyn Derw High School pupils and students to the Michealstion Community College site from January next year will also be considered. The two schools federated under one Governing Body and an Executive Headteacher in 2011, and Year 10 pupils and sixth formers from Glyn Derw are already taught on the Michaelston site.

While sharing the one site, Glyn Derw and Michaelston would remain as two schools in their own right. Both schools would close on 31st August 2017 and a replacement school established on the 1st September 2017, initially on the Michaelston site before the new build school opens on the Glyn Derw site in September 2018.
The City of Cardiff Council’s Cabinet will meet on Thursday, 17th September. Full copies of the reports are available online.

Commenting on the proposals, Cabinet Member for Education, Cllr Sarah Merry said: “A commitment to build a new school for the children and young people living in the west of the city is included in our 21st Century Schools programme approved this year by the City of Cardiff Council and Welsh Government. I am very encouraged to see the project progressing and the proposals to provide a brand new school by September 2018.

“There is lot of work still to be done, but in consultation with the local community I am confident that we will see a brand new secondary school serving the west of Cardiff that will provide an excellent learning environment for the pupils, students and staff. This is also an exciting opportunity to create new facilities that will benefit the community.”