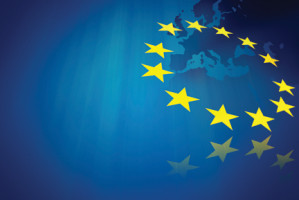 Private sector growth eased in the three months to July, according to the first monthly CBI Growth Indicator published after the EU Referendum.

Output growth across the manufacturing, distribution and service sectors returned to rates seen earlier in the year (+5%), in line with the long run average, following stronger growth in June (+12%).

Growth held steady in consumer services and strengthened in manufacturing, though it was weaker in business and professional services and retailing. Over the next three months firms expect private sector growth to remain broadly flat (-3%) – the weakest expectations balance since December 2012.

The survey of 818 respondents showed that the deterioration in expectations was most marked in consumer services and retail.

“While it’s too soon to provide an assessment of the real economy, this data shows a weaker picture for UK economic growth. Looking at individual sectors a more mixed picture emerges. In manufacturing, although investment intentions are quieter as uncertainty weighs on corporate spending plans, the weaker pound is helping to boost exports competitiveness.

But consumers have erred on the side of caution immediately following the Referendum vote, and there are expectations for slower growth ahead in other areas of the services sector too. It is worth noting that our latest surveys are likely to have captured sentiment at its lowest point, with a knock-on effect for the high street and consumer services, such as restaurants and hotels.

And this week’s GDP figures illustrate the resilience of the UK economy before the Referendum vote. This is a base on which we must build by creating stability that embeds confidence among consumers, investors and businesses.

So the Government needs to focus on developing a clear plan and timetable for the negotiations, to provide a measure of certainty for businesses, which are getting on with the job and continuing to invest, as we’ve seen from GlaxoSmithKline this week.

Infrastructure must also feature as part of the Government’s priorities. Giving the green light to expansion at City Airport – creating jobs and contributing to future economic activity – sends the right signal to investors. We must build on that through finally making a decision on airport capacity in the South East.

Ultimately, the most important effects of the vote will flow over the medium to long-term, depending on the change in the UK’s terms of trade, regulation and access to skills. As the options for the negotiations take shape, it will be more important than ever for the Government to partner with business in navigating its approach.”