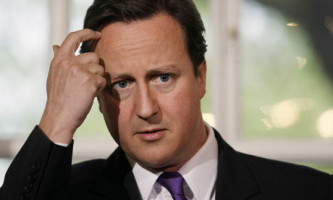 Mission Innovation is a flagship international initiative which aims to accelerate clean energy investment and innovation in order to provide reliable and affordable energy for all.

The Prime Minister attended the launch event alongside Presidents Obama and Hollande, President of the European Commission Jean-Claude Juncker, ministers and 16 other heads of government as well as Bill Gates.

Mission Innovation is intended to help to identify where research, investment and development funding is most needed to bring down the cost of clean energy so that it offers good value for money to hardworking families and businesses at home and abroad. It is part of efforts to tackle climate change and supporting further innovation is seen as vital to promoting economic growth and strengthening energy security. The government says this is also a significant step that will facilitate the transition into a global low carbon economy.

The costs of low carbon technology have fallen significantly in recent years – the costs of solar alone are down 80% since 2008 – but more must be done to drive the costs down further to enable countries to raise their mitigation ambition in the future.

UK programmes will include support for a range of research and development projects from early stage, disruptive ideas through to partnerships with private sector investors to test and prove new technologies in real world applications as an enabler of widespread deployment. The government says it expects that the UK programmes will accelerate technology development that will have benefits for developed and developing countries alike. As part of that, around £100m of the UK’s total spend in 2020 will be particularly focused on projects that will help address the energy needs of developing countries and promote low carbon development.

“It’s clear we need to take urgent action to tackle climate change and move to a low carbon future to ensure our long-term economic security, that’s why I want a global deal in Paris which will help to create a level playing field for businesses and drive innovation.

“Investing more in R&D by both governments and the private sector is critical to ensure we harness and support the creativity, ingenuity and entrepreneurship of our universities and businesses in tackling the challenge of making clean affordable energy widely available.”