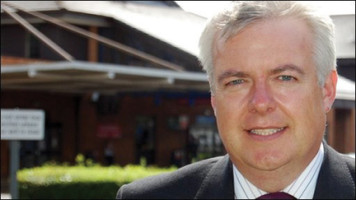 An ambitious plan for a transformative integrated transport system in South Wales will take another step forwards, as Wales’ First Minister launches a publicity campaign for the new Metro system.

The campaign launch follows feedback from the transport industry on the Metro transport scheme, with many leading companies now lining up to become involved.

First Minister Carwyn Jones, who will be in Pontypridd to launch a campaign to raise public awareness of the Metro project, ahead of a formal consultation early next year, said he was delighted with the response from industry.

The scheme would see a substantial increase in speed and frequency of public transport right across South Wales, using a combination of, heavy rail, light rail and bus rapid transit, as well as other infrastructure improvements and integrated ticketing.

“The Metro project represents the future of public transport in South East Wales which will provide faster journey times and more frequent services covering a greater area. It is an ambitious project linking people and jobs across South Wales in a fast, efficient and environmentally positive way.

“The Metro is far more than just a transport project. It will be a catalyst for transforming the economic and social prospects of South East Wales and the country as a whole.”