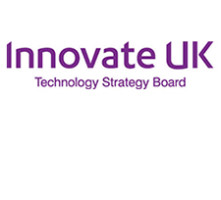 Innovate UK experts will be among industry leaders running sessions and offering advice during the International Festival for Business 2016.

Leading figures from Innovate UK will be sharing their knowledge and expertise at the three-week International Festival for Business in Liverpool this month.

The festival, between June 13 and July 1, will feature more than 80 high-profile events and has attracted some of the most influential and forward-thinking business leaders as speakers.

The festival, organised by Liverpool Vision in partnership with UK Trade and Investment, is a global marketplace for making connections and doing deals.

The inaugural festival took place in 2014 and resulted in £280m of trade and investment deals, with many more still in the pipeline.

Innovate UK will be running 7 ‘meet the expert’ sessions during the festival on:

The sessions are free and aimed at small and medium-sized businesses. There will be an opportunity to hear about the work Innovate UK is doing in key sectors of the UK economy and about the potential funding opportunities available in the future.

Find out more details about the Innovate UK and other ‘meet the expert’ sessions at the festival and register.

Innovate UK experts will also be available for one-to-one bookings as part of the festival’s ‘meet the specialist advisor’ programme, and will be taking part in many other events during the festival.

Find out more about how to book a meeting at the festival with a specialist advisor.