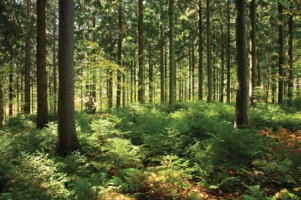 As part of National Tree Week the Mayor of London, Boris Johnson announced plans to make London leafier by planting the final 4,300 trees in his Street Tree Initiative.

This is the third and final round of the initiative, which is on track to meet the Mayor’s commitment to plant an additional 10,000 street trees by March 2015.

The Mayor’s Street Tree Initiative is granting £600,000 of funding to 23 projects across 21 boroughs to help make London’s streets greener and increase canopy cover in the capital.  The Mayor fulfilled a commitment to plant 10,000 street trees in his first term and planting this winter will bring the total number of trees planted under his Street Tree Initiatives to 20,000.

A further 22 projects across 16 boroughs have received a share of a £100,000 pot to continue the successful RE:LEAF community grant scheme, which provides funding to bolster voluntary action and helps local community groups improve their green spaces. London groups put forward proposals to the Mayor to transform local green spaces into oases, orchards and woodlands, which will see over 4,000 trees being planted across the capital this winter. The Mayor is calling on Londoners to get involved in the planting, while getting to know their sessile oaks from their silver birches.

“By pulling out our green fingers and planting trees in our communities, we are making this city a more pleasant place to live and work in. I’m delighted these projects are transforming green spaces across London and I urge everyone to get outside, pick up a spade and get involved.”