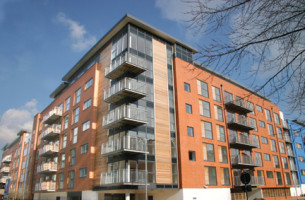 The Mayor of London, Sadiq Khan, has approved plans for the first major housing development at the Old Oak regeneration site in West London, after intervening to boost the number of affordable homes in the scheme.

The Oaklands development will see 605 new homes built, together with a nursery, health centre and commercial space. A target of 50 per cent affordable housing has been agreed for the development, following an intervention by the Mayor to boost the number of affordable homes through investment and a profit-sharing mechanism.

Old Oak and Park Royal has the potential to deliver 25,500 new homes and 65,000 jobs over the next 30 to 40 years, as well as becoming the key transport interchange for Crossrail and HS2.

Of the 242 affordable homes, half will be for social and affordable rent, with the other half being for shared ownership.

The application was approved by the Old Oak and Park Royal Development Corporation, the organisation that has planning control over the Old Oak regeneration site, on July 13, 2016.  The project will also include a new link road into Old Oak which could unlock further development north of the Grand Union Canal.

“The development marks a significant step in realising the huge potential of this part of the capital.

I am pleased that we have been able to increase the proportion of genuinely affordable homes as part of our ongoing efforts to fix the capital’s housing crisis.

The scale and ambition for this development shows London is very much open for business. Despite the uncertainty caused by the UK’s vote to leave the European Union, it remains clear that developers and investors see long-term potential in our great city.”