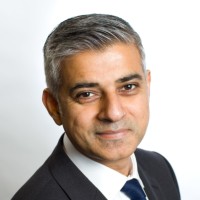 Sadiq Khan has begun delivering on a manifesto pledge by announcing the first site owned by Transport for London (TfL) has been released for development, creating hundreds of new homes for Londoners.

The four-acre Greenwich site, which has been sat empty for the eight years of Boris Johnson’s time in office, is the first in a wave of sites ready to be developed for thousands of new homes for Londoners and marks a key manifesto commitment to bring forward TfL-owned land for development across London. It will be followed by a further batch of brownfield sites unlocked by the Mayor and TfL in the autumn.

It has been identified there is the potential to build up to 10,000 new homes at 75 sites across 300 acres on land owned by TfL across the capital and Sadiq is working to fast-track sites to provide genuinely affordable homes for Londoners.

The Mayor also plans to bid to develop other public sector land across London and will work with Government ministers to ensure a far more active role for City Hall in identifying surplus public land that can be used for the construction of the new affordable housing London needs.

The site in Kidbrooke is adjacent to a national rail station and the Henley Cross bus station, which has the potential to deliver up to 5,000 sq ft of retail and commercial space as well as improvements to the local area, including an upgraded bus station. The site includes an acre of Network Rail land which is also being developed as part of this scheme.

TfL is aiming to have a development partner identified early next year to form a joint venture to seek planning permission and develop the site that will be completed in 2020.

TfL will be working with traditional larger developers, while additional sites will be developed in conjunction with small and medium size enterprises and Community Land Trusts – helping to diversify the pool of people and businesses who benefit from London’s growth.

“Londoners are being priced out of their own city and we need to be honest that we’re not going to turn things round overnight. Last year my predecessor built fewer affordable homes than in any year since records began 25 years ago – fixing this is going to take time.

Getting homes built on public land can be hard,–but after being elected I set to work immediately to make sure we get building on more of the hundreds of sites owned by Transport for London, stretching right across the capital, that have been allowed to languish unused for far too long. This site in Kidbrooke will be the first of many we are fast-tracking to build genuinely affordable homes for Londoners.”