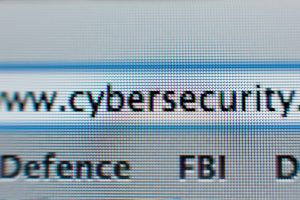 Britain’s manufacturers are being urged to step up their planning to counter the increasing number of cyber security threats as part of their efforts to be ready for the 4th industrial revolution.

The call was made by EEF, the manufacturers’ organisation on the back of a new survey showing a mixed picture of manufacturers’ approach to cyber security, and with Government figures showing a rapid increase in both the number and cost of security breaches.

EEF’s findings, published on 6 May in a new infographic, show that just under half (46%) of manufacturers have failed to increase their investment in cyber security in the past two years. Amongst small manufacturers this rises to 56%. Two in ten firms (20%) are not actively making employees aware of cyber risks, while less than six in ten (56%) say cyber security is given serious attention by their board.

Government figures show that, last year, 90% of large businesses and 74% of small businesses reported a cyber security breach – an increase on 2014. The average cost of these breaches was between £1.46m to £3.14m for a large firm and £75k to £311k for a small business.

In response to the threats and, to back its call, EEF has developed a free online tool which will enable manufacturers to benchmark their cyber security. They will also find useful information and links to further advice so that they can bring themselves fully up-to-speed with cyber issues and the risks for businesses. Manufacturers will also be able to register to take part in focus groups that the industry body is organising in a bid to help tackle cyber concerns.

“As technology and data start to play increasingly critical roles in manufacturing, companies will inevitably find themselves more vulnerable to cyber breaches. Our survey highlights that investment in new technology isn’t being matched by investment in managing risks, especially among smaller firms.

“Technology is set to transform our industry as part of the 4th industrial revolution, opening up immense opportunities and possibilities but risks run alongside the rewards. It is important that manufacturers are able to identify, understand and put the correct strategies in place to keep their businesses safe and cyber secure.”