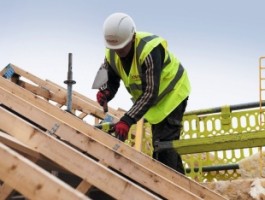 Manchester’s new regional authority has set out how it will build thousands of new homes.

The new Greater Manchester Combined Authority (GMCA) has started the handover of powers currently held by the Homes and Communities Agency.

It has launched a consultation on the Greater Manchester Spatial Framework that will identify the most appropriate places to create homes and jobs for the region.

The regional authority will have the powers to:

To the GMCA that’s a level of housing growth last exceeded in 1931-1951 and representative of a significant uplift compared to the 0.70% increase in homes between 2002-2012 – which is itself acknowledged as high compared to the previous few decades.

In the longer term, the GMCA has been told that consideration will need to be given to whether it is “realistic or desirable” to maintain this growth rate in the number of homes.

If the number of dwellings in Greater Manchester continued to increase at a rate of 0.81% per annum beyond 2035 then there would, according to GMCA briefings, be one-third more dwellings than in 2014 by 2050, 50% more by 2065, and double by the end of the century.

More than two-thirds of the projected household growth in Greater Manchester over the period 2012-2035 is expected to consist of single person households, and the proportion exceeds 55% in every individual district.

The GMCA acknowledges that the greatest increase in demand is likely to be for smaller units rather than ‘family’ homes.

This is accepted as having implications both for the type and location of new housing that needs to be brought forward in the region.

The ten local authorities serving Greater Manchester have provided data on their estimated housing land supply for the period 2014-2035 – in terms of the number of dwellings on specific sites – which totals 152,784 net additional homes.

Setting out the consultation, the GMCA said:

“We are proposing that the preparation and development of the spatial framework will be a function of the elected GM Mayor, but that it will not be adopted and come into force without the consent of each of the 10 GM council leaders.”