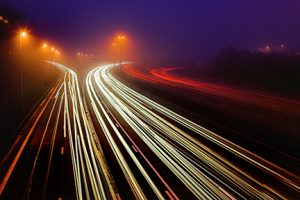 The next stage of a £112 million scheme to upgrade the M1 to a smart motorway from Rotherham to Stocksbridge will get underway this week.

From Wednesday 7 October, Highways England contractors will install narrow lanes along with a 50mph speed limit, which is already in place between junction 32 at Rotherham and junction 34 at Sheffield.

As part of the project, the latest technology is being installed to monitor traffic levels, provide traffic information to road users, and ease congestion by using variable speed limits on overhead message signs.

The hard shoulder is also being permanently converted into an extra lane between junction 32 at Rotherham and junction 35a at Stocksbridge to provide extra capacity.

“Work on the scheme is progressing well and we are now in a position to start the work between junctions 32 and 34. Narrow lanes are being introduced along the route and a 50mph speed limit is in place for the safety of workers and drivers.

When complete, road users will benefit from reduced congestion and more reliable journey times as a result of the hard shoulder being converted to an extra lane and variable mandatory speed limits being used to keep traffic moving.”