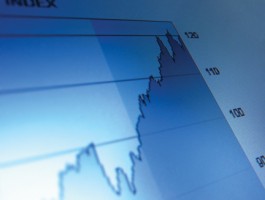 The value of outsourcing contracts in the local government sector reached a five quarter high at the end of March 2015, with new deals signed totalling £350 million, according to the arvato UK Outsourcing Index.

The strong performance of the local government sector, which accounted for almost a quarter (24 per cent) of spend on outsourcing, came despite a subdued start to the year for the overall UK outsourcing market.

The research, compiled by business process outsourcing (BPO) provider arvato and industry analyst NelsonHall, found that the total value of UK outsourcing deals signed in the first quarter of 2015 dropped 42 per cent year-on-year to £1.48 billion. The partners say that pre-election uncertainty was the likely cause, with clients holding back on spending until after the general election.

However, analysis of the contracts agreed in this period also revealed more positive signs for the health of the industry and its contribution to the UK economy. The number of first time deals – representing new work entering the market – accounted for more than half (58 per cent) of contracts signed in Q1, up from 48 per cent in Q4 2014. Onshore delivery also increased, with 97 per cent of agreements including services being delivered in the UK, a quarter-on-quarter rise of five per cent.

The transport industry was responsible for the majority of spend in the private sector, clocking up deals worth £287 million between January and March, compared with £119 million in the financial services market, which was the biggest spending sector in 2014. IT services, including service desk and infrastructure management contracts, were particularly popular among transport companies. The research also found a 64 per cent quarter-on-quarter rise in outsourcing spend in the manufacturing sector.

The £350 million spent on local government outsourcing deals in Q1 2015 represented an eight per cent increase year-on-year, demonstrating that local authorities continue to be at the forefront of UK outsourcing.

Average contract lengths in local government also increased by 70 per cent, from 58 months to 99 months year-on-year, further signalling the sector’s belief in outsourcing as a proven strategy for tackling the sector’s challenges. According to the research, authorities largely procured multi-process BPO contracts focussed on HR, finance and ICT, together with asset and building management, signalling the ongoing trend for forming larger, integrated outsourcing relationships.

“It is perhaps unsurprising that in a pre-election quarter our research revealed some temporary restraint over spend. However, despite a slower start to the year – especially when compared with what was a notably active quarter in 2014 – there are some very positive signs for the sector’s health to be found in the high proportion of first time deals and onshore work

The continued growth in the local government sector is yet more evidence of local authorities’ commitment to outsourcing as a viable strategy to enable the transformation and efficiency savings needed to tackle the ongoing budget challenges they are facing.”