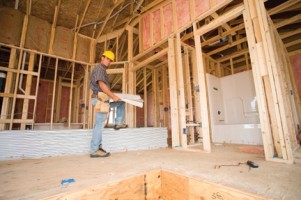 Analysis of the UK Government’s Construction Pipeline highlights that transport projects dominate construction spend at £66.2bn, accounting for over half of the total pipeline value, according to analysis published by KPMG.
The report, UK Government Construction Pipeline – KPMG Analysis, looks at the £116bn forecast spend by central and local government across 1,886 projects in three spend periods: 2014-16, 2016-20, and 2020 and beyond. The pipeline reveals transport projects dominate the pipeline at £66.2bn, accounting for 57 per cent of the total pipeline value. This includes the cost of HS2 Phase 1 and Highways Agency schemes.Energy projects are the second largest category by value, £14.8bn, nearly 13 per cent of the total pipeline value. The value is less than what might be expected as most energy projects in the UK are procured by the private sector, not directly by the UK Government, and consequently do not appear in the pipeline.The highest numbers of projects are in the defence, justice and police sectors. These make up 70 per cent of the pipeline by number, yet contribute to only seven per cent of total pipeline value.Nearly one-third of the total number of projects are in the South-East and South-West, but by value, nearly half are national projects benefitting the whole of England such as HS2 and national road schemes.40 per cent of the projects are stated as due to complete before 2016, but these projects represent only seven per cent of the total allocated pipeline value. Just under a fifth are due to complete after 2016 whilst a third of projects currently have no specified completion date.Richard Threlfall, KPMG’s UK Head of Infrastructure, Building and Construction said: “Our analysis of the UK Government’s Construction Pipeline shows the huge dominance of rail and road schemes in the Government’s infrastructure spend. Nearly 60 percent of the total value forecast to be spent over the next ten years and beyond is on schemes such as HS2 and the national road network.“The total number of schemes is over 1,800, but in practice most of those schemes are individually of small value. It is concerning that a third of the total projects currently have no specified completion date as industry confidence in the pipeline would be improved if there was certainty around timescales to get schemes delivered.“We welcome the Government’s initiative in developing the Construction Pipeline, but more needs to be done to increase the completeness and robustness of the data.“We will be issuing analysis on future updates to the Pipeline and we hope that there will be improvements in the data set so it becomes a reliable planning tool against which the UK construction industry can plan and invest with confidence.”