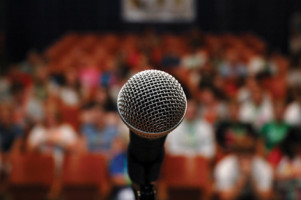 Jenny Baxter was on 1 June announced as Project Director for Factory Manchester – the £110m multi art form cultural project being developed in Manchester, opening in 2019.

Jenny Baxter is coming from a senior role at the BBC where she is currently Chief Operating Officer for BBC England based at MediaCityUK and will join the project in the early autumn.  She has held a number of other leadership positions at the BBC including Controller of Production for BBC News and, previously, Head of Foreign News, having spent her early career at the corporation in production and programme-making.

Factory Manchester is where the art of the future will be made. Designed by leading international architectural practice OMA, the Factory will combine digital capability, hyper-flexibility and wide-open space, encouraging artists to collaborate in new ways, and imagine the previously unimagined. It will be a new kind of large-scale venue that combines the extraordinary creative vision of Manchester International Festival (MIF) with the partnerships, production capacity and technical sophistication to present innovative contemporary work year-round as a genuine cultural counterweight to London.

“We are very pleased to have secured such a creative, experienced leader for this hugely significant cultural project, especially as she comes from one of our great creative partners here in Greater Manchester, the BBC. Jenny will work with our artistic partners MIF as well as Arts Council England and our partners in government, to ensure this new building benefits the whole cultural ecology of the North.”