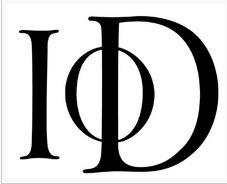 Uncertainty over the EU referendum could be pushing up inflation, the Institute of Directors said on 12 April, caused by international investors selling off their holdings of sterling.

Inflation is moving back toward the Bank of England’s target of 2%, rising to 0.5% in March from 0.3% in February, but this poses further questions for the Chancellor, Michael Martins, Economist at the IoD, said:

“The slight rise in inflation is likely connected to depreciation of the pound as uncertainty surrounding the EU referendum increases and international investors begin to sell off sterling. This is not a one-month phenomenon – core inflation, which strips out volatile factors like energy and food, increased to 1.5% in March, after averaging 1.1% over the last 8 months.

“While the Bank of England has been keen to see prices rising as a spur to economic growth, if pay rises do not shadow increased inflation, real wages will decline, putting pressure on people’s wallets and holding back increases in productivity. Real wage increases are now under 2% (1.9%), running just ahead of core inflation.

“If inflation continues to pick up the pace, the Bank will likely begin to unwind its Quantitative Easing scheme. The Bank is the biggest buyer of UK government debt and transfers a large chunk of its interest payments back into the Treasury’s coffers, so if it leaves the market, this will be very significant for the Chancellor, at a time when the deficit target is looking increasingly difficult to hit.

“Figures out today also show house prices increased 7.6% year on year in February across the UK, mainly driven by an 8.2% rise in England, which in turn is led by the London market. This will push up rents at the same time as higher inflation erodes disposable income, making life more difficult for ‘generation rent’ in particular.”