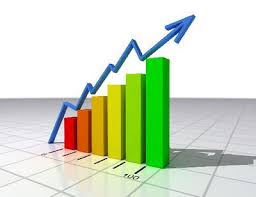 Economy Cabinet Secretary Ken Skates announced on 13 June that 2015/16 was the second best on record for inward investment, with Wales having attracted 96 new projects.

The latest provisional results also show that more than 6,000 jobs were created or safeguarded.

The provisional inward investment figures follow the Cabinet Secretary’s announcement on the week of 6 June that more than 40,000 jobs were supported by the Welsh Government in 2015/16 – 5.3% more jobs than in 2014-15.

Recording breaking tourism figures also showed Wales attracted 10.45 million overnight visits from GB residents in 2015. This was 4.5% up on 2014 figures when the number of visitors exceeded 10 million for the first time.

Speaking ahead of attending the launch of the International Festival for Business 2016, Mr Skates said:

“This is another positive year for inward investment in Wales as we continue to win record-breaking levels of investment.

“Project numbers are the second best on record, beaten only by the previous year’s exceptional results. We are attracting new investment from high quality companies like Aston Martin and re-investment from global businesses like General Dynamics and Raytheon that are creating a substantial number of new, highly skilled, well paid jobs and career opportunities.

“The value to the Welsh economy from these investments is at least £660m creating wider economic benefits, jobs and new business opportunities for Welsh companies through supply chains.

“These inward investment projects were from companies based in 23 countries around the world. They could have chosen to invest anywhere in the world but opted for Wales. It is a clear indication of the regard in which Wales is held as a business location and that the pro-business approach of the Welsh Government is paying dividends.”