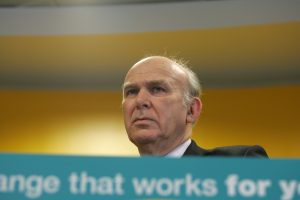 The new joint venture will enable Sigma Capital Group, a residential and urban regeneration specialist, to build up to 6,600 new privately rented homes in the UK. Sites for an initial 2,000 homes have already been identified in Liverpool and Greater Manchester.

The deal has been facilitated by UK Trade and Investment’s (UKTI) Regeneration Investment Organisation (RIO) which has been set up to direct investors to credible, industry-backed development opportunities throughout the country.

RIO will be officially launched this evening and will have an independent advisory board comprised of big hitters from British business and government, chaired by former Lord Mayor of the City of London Sir Michael Bear.
Mr Cable said:

“Today’s announcement from Sigma Capital and Gatehouse Bank will create thousands of modern new homes as well as new jobs in Liverpool and Manchester, with similar plans in the pipeline for other regions in the country.

“The UK’s inward investment is booming, growing by 11% last year alone. We want to be even more ambitious and make sure that any new investment is spread right across the country – not just in London and the south east.

“By ensuring each region has access to good finance opportunities, UKTI’s Regeneration Investment Organisation will help all the UK’s regions fulfil their full potential, helping to build a stronger economy and a fairer society.”