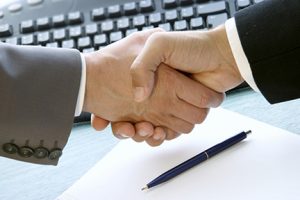 The USA continues to be Scotland’s top trading partner outside of the EU. Within the EU, the Netherlands was again the largest market.

The latest statistics show that exports to countries within the European Union were estimated as £12.3 billion, an increase of £520 million on the previous year driven by an increase in the export of petroleum and chemical products.

Exports to the rest of the UK in 2015 were estimated at £49.8 billion, an increase of £2.1 billion, driven by a rise in the export of utilities such as electricity, gas and water. The Trade and Investment Strategy included a commitment to create a Trade Board, chaired by Keith Brown, to boost the number of exporters, to help join up services and support and increase the number of exports to new markets.

The membership of the Board is deliberately business focused and brings together a range of people with significant expertise and relevant experience in exporting activity from a variety of perspectives who will perform an advisory function to the Scottish Government.

“It is hugely encouraging to see that Scotland’s total international exports, excluding oil and gas, increased by £1 billion in a year.


It is clear that since the vote to leave the European Union, we must continue to be seen to be a country that is outward facing and open for business. The EU market is 8 times the size of UK market, which highlights the importance of remaining in the Single Market.


I want to be clear that Scotland should not face a choice between exporting to the EU or UK. We can do both.


We are working on an ambitious programme of internationalisation, including measures to broaden Scotland’s export base and to grow exports beyond our traditional markets, which is why I am pleased to confirm membership of our new Trade Board, who will take forward this important work alongside our new hubs in Dublin, Brussels, London and Berlin and our planned network of trade envoys.”