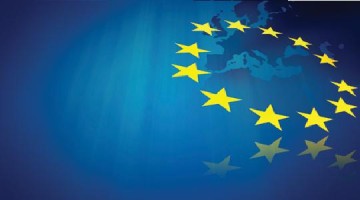 The economic consequences of leaving the EU have naturally been a central focus of the referendum campaign. As June 23 draws near we bring together the conclusions from our research on the likely consequences, and reflect on some of the claims made.

First and foremost a vote to leave the EU would almost certainly make us financially worse off compared with staying in the EU, quite possibly by a substantial amount. Analysis by the CEP and NIESR suggests that were we to leave the EU the economy would be between 1% and 3% smaller by 2020 and between 2% and 8% smaller by 2030 than if we stay in. A 1% drop in GDP is a fall of £19 billion, equivalent to £720 for each household currently in the UK.

The reasons to expect lower national income if the UK leaves the EU are well-established – prolonged uncertainty, reduced access to the single market, and reduced investment from overseas. Each of these would be highly likely and the overwhelming weight of evidence is that each would be damaging for the living standards of UK households. Consequently, leaving the EU would, relative to staying in, be likely to result in:

It is not just the research undertaken by our institutes that predicts these effects, but the work of almost all those who have looked seriously at this issue. In our lifetimes we have never seen such a degree of unanimity among economists on a major policy issue. The precise effect, in terms of a numerical percentage, is of course uncertain. But that we would be financially worse off outside the EU than in it is almost certainly true.

Considering some of the biggest economic claims made by each side in this campaign about what would happen if we were to vote to leave the EU:

“There would be £10 billion more to spend on public services and tax cuts.”
Almost certainly untrue. While we would get to keep our current net £8 billion contribution to the EU budget, overall the public finances would almost certainly be weakened by leaving the EU as a result of a negative impact on the economy. Hence in the long run taxes would have to rise, spending fall and/or public borrowing would have to rise;

“Households would be £4,300 a year worse off by 2030.”
Uncertain – the effect might be bigger or smaller and will fall unevenly across households. And they would not be worse off than they are now. But households would in all likelihood be, on average, significantly worse off if we left the EU than if we stayed;

“The UK would be able to trade with other EU nations on equally good terms to those we currently have.”
Almost certainly untrue. Membership of the single market on something like current terms might be available if we were to continue to make budget contributions and accept free movement of labour. It would not be available otherwise. Trade with EU countries would continue, but it would become more difficult and costly, there would be less of it, and we would be worse off as a result;

“There would be immediate big tax increases.”
Unlikely. The public finances, even accounting for the return of the net contribution to the EU, would be badly affected as the economy would likely be smaller. That would require tax rises or spending cuts at some point. But our judgement is that the government would allow borrowing to rise in the short term rather than implement further tax raises or spending cuts immediately.

Clearly non-economic arguments matter as well. Leaving the EU would allow us more freedoms over some aspects of sovereignty such as law-making and possibly greater control over immigration. There is a trade-off to be made. Voters need to make a judgment. That judgment should be informed by the fact that our research, and that of every reputable economic research organisation, suggests that leaving the EU would almost certainly harm our economic prospects.

Given the importance of this referendum we feel we need to reiterate that the CEP, the IFS and NIESR are all independent, impartial organisations which exist to conduct and promote high quality economic research. What we publish and say is not, and never has been, influenced by our funding. None of our funding is dependent on  being either pro-EU or pro-government – as our frequent vocal criticisms of each in the past should make clear. None of the three current directors of the organisations ever supported joining the Euro, nor did the organisations themselves.

“Our research shows that in the short run a vote to leave the EU would increase uncertainty and, at best, reduce growth. In the long run more costly trade and less foreign investment would hold growth back.”