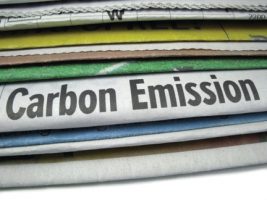 Major industry leaders joined Commercial Secretary to the Treasury, Lord Deighton and Business and Energy Minister, Michael Fallon in signing a joint initiative to reduce carbon in infrastructure which could save as much as 24 million tonnes of carbon and £1.46bn a year by 2050. Government Opportunities

The initiative to save valuable resources by using new technologies, construction techniques and low carbon materials to cut down on emissions was signed at the launch of the Infrastructure Carbon Review which has been published.

Currently infrastructure and related areas like energy, account for around half of all UK carbon emissions. Cutting the volume of materials consumed in, for example, construction and using existing resources more efficiently will reduce cost as well as carbon.

The review developed jointly by government and industry through the Infrastructure Cost Review and Green Construction Board sets out a series of actions for government, clients and suppliers that have the potential to reduce up to 24 million tonnes of carbon from the construction and operation of the UK’s infrastructure assets by 2050.

By endorsing the review, government and industry will work together to implement, monitor and review progress against these objectives. The Green Construction Board will host a cross-industry event in Spring 2014 at which clients and industry can set out the progress they have made against the pledge commitments.

Lord Deighton said:
“If we want a strong, globally competitive economy we have to invest in efficient infrastructure. The government has set out its long term infrastructure strategy, and we’re working with industry to make sure that we deliver cost effective and sustainable projects.

“This agreement means that we could save the UK economy £1.46bn a year by 2050 which is a vital step forward in carbon and cost reduction. Industry as well as government must continue to drive this work forward so we get the infrastructure that the UK needs to compete in the global race.”