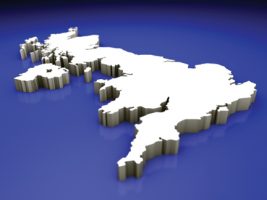 The HS2 high speed rail network could provide a £40bn boost to the UK economy, a new report has concluded.

EY said the new rail corridor established by the route would pave the way for thousands of new homes and businesses.

The accountants and business advisor also said the thousands of jobs created in the construction and maintenance industries would also fuel the economic boom.

EY has also analysed the effects of the first three stations along the route – Birmingham Curzon Street, Old Oak Common in West London, and Manchester Piccadilly. It concluded that the new residential and commercial schemes already underway close to these sites could be generate around £1bn a year until the project’s scheduled completion in 2035.

EY also predicts that 850,000 sq ft of new office space will be created around the three principal sites. It points to the impact the scheme is having on the centre of Birmingham, where the company delivering the project – HS2 Ltd – has chosen to base itself and where the new HS2 Rail College will be located.