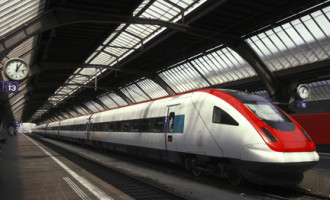 Plans to bring high speed rail to Euston station and restore its place at the heart of the country’s transport network were recently submitted to Parliament.

Eleven new platforms for HS2 will be built at the station in two stages as part of a phased approach that means less disruption for passengers. The plans, which will now be considered by Parliament, also offer the flexibility to transform the station into a thriving transport and community hub.

The new Euston station will provide high speed rail services from London to the Midlands, the North and Scotland. The latest plans, produced by HS2 Ltd following extensive work with rail industry partners and taking into account the aspiration for wider redevelopment, will unlock the potential at the site of the capital’s greatest regeneration opportunity.

The provision of underpinning support structures as part of the plans will allow a range of uses above the station, delivering the flexibility for a future decision on the wider redevelopment and regeneration of the area.

As well as the 11 high speed platforms provided by the new plan, 11 platforms will remain in the current station to serve the existing network. There will be new public spaces for shops, restaurants and cafes.

The high speed station will be delivered in two stages:

The plans also enable potential redevelopment of the remaining existing station platforms and concourses, subject to future funding and approvals.

“These firm proposals will allow Euston to fulfil its potential.

“It’s time for Euston to change. Not just if it is to fulfil its historic role as the gateway between London and much of the rest of the country, but also if it’s to become a much bigger and fully accessible part of its own community.

“Just a stone’s throw away, we have seen how the stations at King’s Cross and St. Pancras have transformed the surrounding areas into vibrant and thriving locations.

“We must replicate and build on that commercial and architectural success. Now is the time for Euston to catch up with its neighbours to meet the requirements of the 21st century and beyond.”