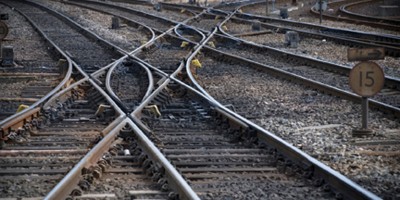 HS2 will take a major step forward with publication of the Bill for phase one of the country’s new railway between London and Birmingham. Government Opportunities.

The hybrid Bill, effectively the planning application for the scheme, will give the government the powers to construct and operate the railway. It will also give those affected by the proposed line the opportunity to petition Parliament, both for and against the proposals, and have their case heard by a committee of MPs.

The government believes that the new line – the first to be built north of London for 120 years – is vital to meet the urgent rail capacity needs on the main rail routes into London. Parts of the West Coast Main Line are full in terms of the number of trains they can carry, many of which are full to overflowing. There are similar issues facing the East Coast and Midland Mainline.

HS2 will spread prosperity throughout the country, connecting 8 out of 10 of the country’s major cities and particularly benefitting the midlands and the north. A recent study by KPMG estimated that when fully operational HS2 will generate around £15bn of economic benefits annually.

The publication of legislation for Phase One marks a significant milestone in the project. Once Royal Assent has been achieved, it is expected that construction of the line from London to Birmingham will begin in 2016 to 2017 allowing the line to open in 2026.

“HS2 is the most ambitious and important infrastructure project in the UK since we built the M25 30 years ago, and in 30 more it will be just as integral a part of the nation’s prosperity.

“The Bill will give us the powers we need to get the railway built and start delivering the extra room on our railways that this country so desperately needs. It will also start the process of rebalancing the economy and bringing our great cities closer together.

“That is why the Bill is so important – it marks the move from aspiration to delivery. Now is the time to be bold and ensure HS2 becomes a reality.”